The Australian Stockman’s Hall of Fame and Outback Heritage Centre is an exceptional work, by far the best Bouman has designed so far… a building which dares to project its own very special image, an image that gains in strength from its interaction with the landscape.

… the Australian Stockman’s Hall of Fame, in Longreach, central Queensland, is built. We in the south have undervalued this project. It is a love song in corrugated steel. 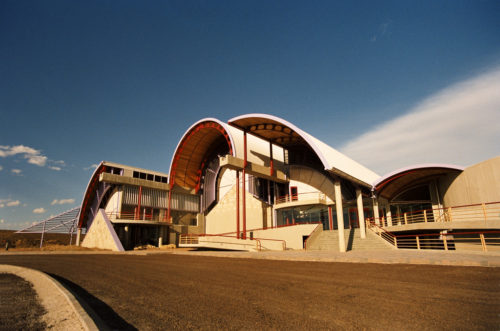 Feiko Bouman, one of the most original and least derivative of the younger generation of Sydney architects, came into public prominence a decade ago with his competition-winning design for the Australian Stockman’s Hall of Fame & Outback Heritage Centre at Longreach, Queensland, opened by the Queen in 1988 …He has also accomplished some refreshingly original buildings in his home suburb of North Sydney, including the grandstands to North Sydney Oval and the new Stanton Library complex … allied to a bold imagination, which differentiates the true architect from the mere shape-maker. If ever there were an exponent on the New Baroque, it is Feiko Bouman: how apt his name, in his original Dutch, translates as “the building man” 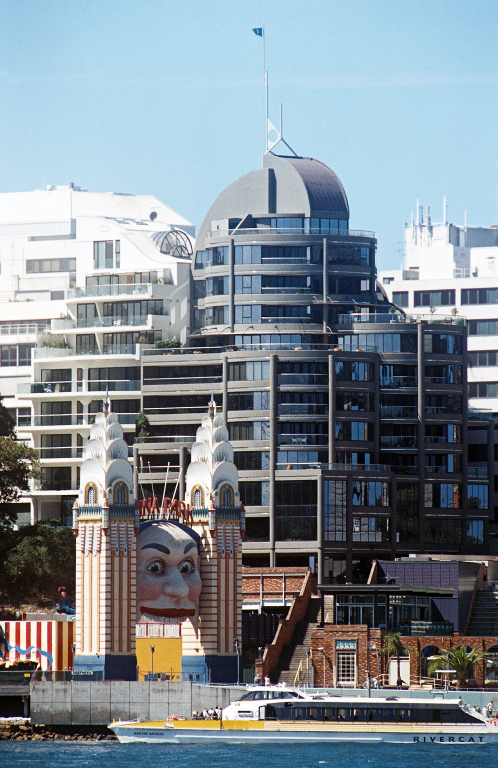 … the Proposal (Quadrant, Milsons Point) follows a timeless theme of architecture which is the transformation of the square on the ground into the circle in the sky. This “marriage” between the square and the circle is the theme … a remarkable contemporary example of this theme … a fine, timeless and significant piece of architecture, which if built, would soon be listed to become the heritage building par excellence in this important area.

He has made a contribution to the community of outstanding achievement, the quality of which is recognised throughout Australia. In carrying out this work, the three most outstanding features have been the enormous level of public acceptance within North Sydney of his work, his ability to produce designs and have the projects completed in a very short period of time and the fact that his projects have been completed with a minimum of cost over-runs. 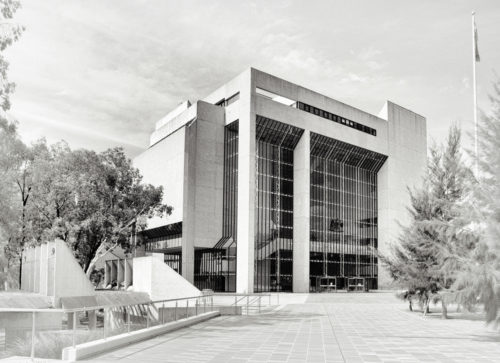 While we were working in the Sydney office of Edwards Madigan Torzillo + Briggs in the early 1970s…Chris Kringas and I entered and won the Australia-wide competition for the High Court of Australia. In the years following, I was then the supervising architect for the construction in Canberra.

The High Court of Australia building is listed on the World Register of Significant 20th Century Architecture. In 2007 it received the Royal Australian Architects National ’25 Year Award for enduring architecture’. It has light filled, bold geometric shapes and spaces, massed concrete, design supporting internal movement, and strong links with neighbouring buildings. It is monumental and asymmetrical, but also functional.

The building is “an internationally significant work of late modern architecture- a sophisticated and profoundly experiential configuration of architectonic form, space and movement,” according to Simon Kringas, architect and Senior Lecturer in Design at the University of Canberra. Its architecture does not reflect formal geometries and ornamental styles developed in the 19th century Beaux Arts movement. It is modern and “brutalist”.

The Design of the High Court of Australia, (from www.environment.gov.au)